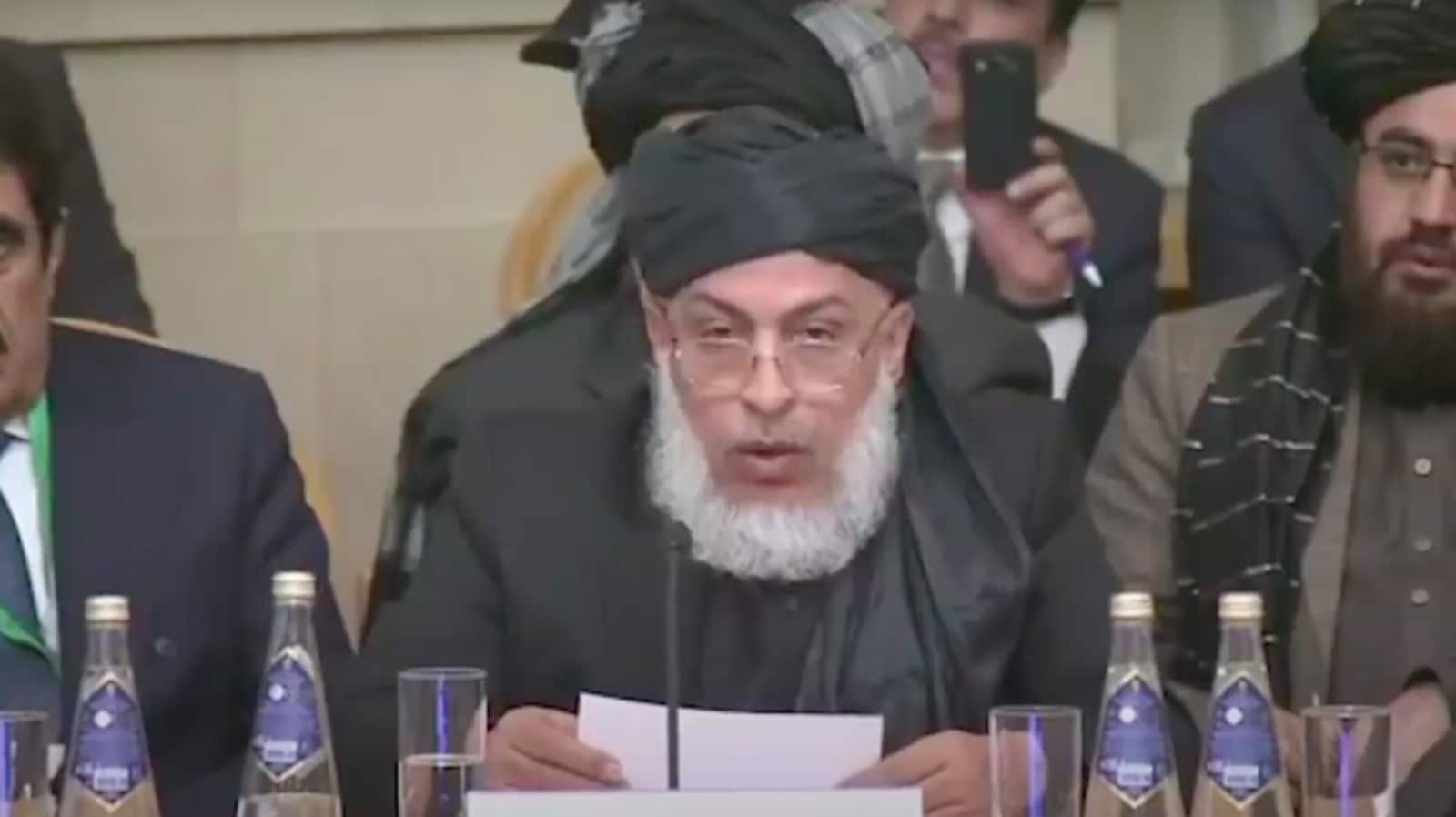 As the Taliban move closer to the formation of a government in Afghanistan, senior leaders Sher Mohammed Abbas Stanekzai and Anas Haqqani have been engaged in discreet efforts to gauge the thinking in New Delhi towards the group.

Both Stanekzai, the deputy head of Taliban’s political office in Qatar, and Haqqani, a member of the group’s negotiating team, have also been part of an outreach towards India over the past week. This has resulted in them being seen as the main contactpersons for any Taliban contacts with the Indian side in the coming days.

Haqqani, the youngest son of Haqqani Network founder Jalaluddin Haqqani and brother of Taliban deputy leader Sirajuddin Haqqani, has been in contact with intermediaries in Kabul and New Delhi to assess the latest thinking on the Indian side regarding the Taliban, people familiar with the developments said on condition of anonymity.

During these contacts, Haqqani indicated a clearer picture regarding any sort of formal engagement with India would emerge only by the end of September, the people said. This was because the immediate task of the Taliban is forming a government and consolidating its position across Afghanistan.

Haqqani also indicated during these contacts that if the Indian side had conditions for any engagement with the Taliban, his group too would have certain conditions, the people said.

The overtures from Stanekzai, who trained for several years at the Indian Military Academy (IMA) in Dehradun in the early 1980s, didn’t cause as much surprise in New Delhi as the outreach from Haqqani, whose family still heads the Haqqani Network, linked to some of the most brazen attacks on Indian interests in Afghanistan.

Former ambassador Amar Sinha, who served as India’s envoy in Kabul, said the Haqqani Network would have a “special problem” in living down its long-standing connections with Pakistan.

“We can listen to this charm offensive but we also have to put them to the test. There has been credible evidence linking the Haqqani Network to attacks on Indian interests,” he said.

The Haqqani Network was famously described in 2011 by Admiral Mike Mullen, then chairman of the US Joint Chiefs of Staff, as a “veritable arm of Pakistan’s Inter-Services Intelligence”. Recent reports have suggested that the Haqqani Network will seek to control the intelligence set-up and interior and defence ministries in the new set-up.

Indian, Afghan and US officials have said over the years that there was strong evidence the Haqqani Network was behind the July 2008 suicide car bombing at the gate of the Indian embassy in Kabul, which resulted in the death of nearly 60 people, including defence attaché Brig Ravi Datt Mehta and diplomat V Venkateswara Rao.

There have also been reports of the Haqqani Network working closely with Lashkar-e-Taiba (LeT) fighters in Afghanistan.

Both Stanekzai and Haqqani have in recent days made public remarks that appear to be aimed at assuaging Indian concerns regarding the Taliban and its reported ties with Pakistan’s military establishment.

Haqqani, in an interview with the News18 channel, even went to the extent of saying there is “nothing like the Haqqani Network, but only the emirate” of the Taliban, which wants good and positive relations with all countries, including India. He added that though the Indian government had supported the Taliban’s opponents in Afghanistan for 20 years, the group didn’t want to remember the past as it wants good relations with all nations.

The Taliban, Haqqani said, wouldn’t interfere in the Kashmir issue, even as he dismissed reports about links between the Haqqani Network and the Pakistani security set-up as “propaganda”.

Gautam Mukhopadhaya, who served as India’s envoy to Afghanistan, Syria and Myanmar, said there is a need to ask hard questions about the outreach to India by Taliban leaders.

“While these assurances are welcome and should not be dismissed, we should ask hard questions about the motives of their outreach, which is mainly to get legitimacy from the one historically important country for Afghanistan – India, what the trade-offs would be in terms of our friends, what security guarantees are worth taking into account the Kabul airport attacks, and how they could protect anyone from the machinations of the ISI, with which they have close ties,” he said.

Mukhopadhaya, also a senior visiting fellow at the Centre for Policy Research, added, “India has had some sort of working arrangement for security and the departure of its nationals but it has not granted legitimacy to the Taliban set-up. Once that is granted, we would have lost everything and have no bargaining chip. We would also betray the principles on which the Islamic Republic of Afghanistan was founded or whatever resistance may appear.”

He said India shouldn’t give in to the current trend of recognising the Taliban because of the uncertainty about Afghanistan’s future, which “could range from a good case scenario of an inclusive transitional administration to a resistance and civil war, to an Iraq-Syria scenario”. But he advocated maintaining a window to continue people-to-people contacts and humanitarian aid, which should be routed through the UN or international organisations.