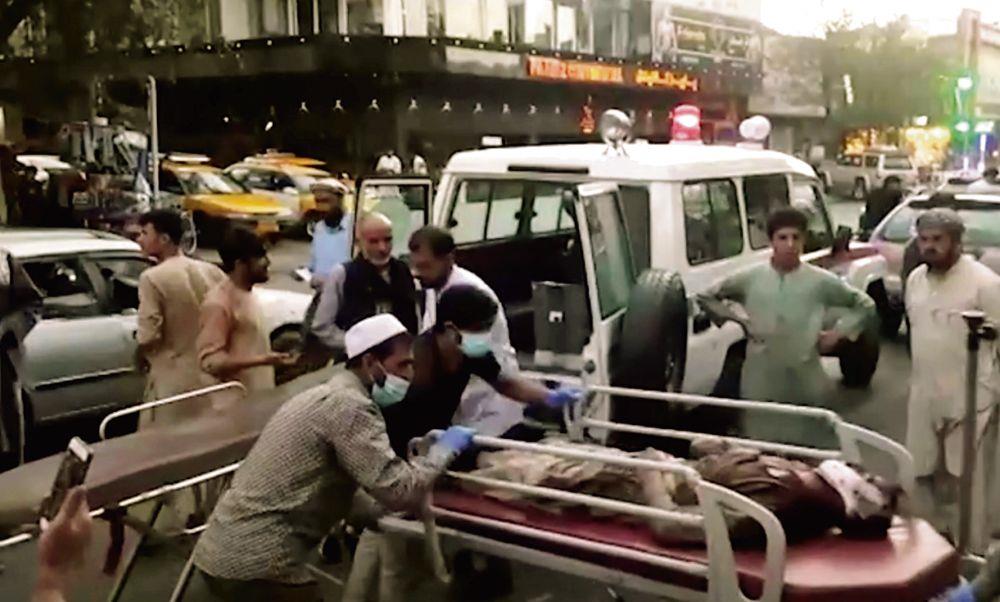 Is it a tragedy of errors — an inept, failing super power losing its troops while scrambling out of Afghanistan in a show of desperation, Intelligence failure, poor preparedness and planning prompted by domestic politics — or is it a grand design to begin the next Great Game? It could be more of the former than the latter. But whatever be the defining reasons, the US withdrawal from Afghanistan has effectively resulted in a handover of the Afghan government and all its military and civilian assets to Taliban rather than a takeover by the rebels, who did not have to fight their way into the presidential office. The difference between a handover and a takeover is not merely semantic, but geopolitical when it happens in the graveyard of empires.

The signs were all there for those who could read them: the Doha talks legitimised Taliban leaders even while many of them were designated terrorists in global watch lists; the talks were meant to deal with them as stakeholders for eventual participation in the government; the appalling absence of a calendar of withdrawal without an interim government involving Taliban and the Afghan forces meant that there would be complete confusion; as late as last month, US Secretary of State Antony Blinken said that Pakistan has a vital role in Afghanistan.

Intended or not, the Taliban regime has now become a fait accompli and the Western governments are bending over backwards to make them look reasonable. Nick Carter, UK’s Chief of Defence Staff, terms them “country boys with honour at their heart”. Though Blinken had insisted that a Taliban government would be treated as a pariah state if the power grab is done forcibly, none other than the CIA chief, William Burns, himself flew down to Kabul to meet Taliban leader Abdul Ghani Baradar to offer legitimacy to the new regime. Meanwhile, Carter has given the clean chit to Pakistan — the new Afghan arbiter for the US-UK combine — saying that there are no safe havens for terrorists in Pakistan. He obviously seems to have forgotten the Abbottabad guest facility offered to a certain Osama bin Laden in whose name the Afghan war and occupation began in the first place.

The Indian government refuses to see these red flags as it is still being blindly led by the US’ Afghan policy. If a bomb can kill 110 people, including 13 US troops, while the Taliban are facilitating the withdrawal and evacuation of foreign nationals and their support staff from Kabul, it portends a violent, uncertain future for the region. The Islamist international project can be aimed at the Chinese Xinjiang province, the Russian enclaves with Muslim population and most importantly, Jammu and Kashmir. If it required the active participation of former US diplomat Robin Raphel in 1993, after the first Afghan jihad, to set up an Islamist separatist apparatus in Srinagar, it does not need any overground facilitation any longer — the many deadly variants of the Islamic State (one of which is being blamed for Thursday’s Kabul blast) can easily reproduce sleeper cells anywhere from Kashmir to Kanyakumari.

So, the Indian establishment has to drop its US goggles and rethink its Afghan strategy. If India puts all its eggs in the US basket, nothing stops the Americans from offering a fluffy omelette to the ISI and its bearded acolytes in suicide vests. After all, before Blinken’s India visit, US President Joe Biden had offered a Quad comprising Pakistan, Afghanistan, Uzbekistan and the US. The choice of the term Quad appeared to be aimed at a balancing act to offset the Indo-Pacific Quad, which India has been tom-tomming as a major military shield against China. If the US is planning a Quad for every season, with even the Taliban in it, India would have to review its last 30 years’ diplomacy. Another easier and alliterative way out is to examine the possibility of a Quad with Russia, Iran, Tajikistan and India in it. The US withdrawal from Afghanistan is heralding a multi-polar world where everybody needs to talk to everyone and open all channels of mutual benefit. India had done well to have struck the S-400 missile deal with Russia, underscoring its independent foreign policy and commitment towards its old ally. In the 50th year of Indo-Soviet friendship treaty, India needs to renew its ties with Russia for peace in Central Asia.

But the first step is obviously to reopen the embassy in Kabul. There is no point in quibbling about reopening and recognition of the new regime. It was only because Indian officials negotiated with the Taliban that the Ambassador and his staff could catch the first flight home. If they have to talk to the Taliban to save the skin of Indian diplomats, they should talk to the new regime to help all the Indians still stranded in Kabul and also to safeguard our interests in that country and the region. This cannot be achieved without a certain presence in Kabul. If William Burns can fly down to Kabul, nothing stops Indian officials from meeting Baradar. So what if they are Pakistan’s proxies? They need not remain so forever.

Many Indian officials feel that the Taliban would be happy to engage with India and that this is the only way forward to secure Indian interests. The Taliban spokesperson, while hailing Pakistan as their second home, said that they seek good relations with India. In this context, to have an isolationist approach extending India’s Pakistan policy towards Afghanistan can only be self-defeating. Indian officials could not foresee the logic of the closure of the Bagram US air base or the fleeing of Ashraf Ghani, but now they need to understand the quickly unfolding events in Kabul and become a participant at the earliest. India’s over $3 billion investment, Bollywood’s cultural capital and the people-to-people ties should not be squandered away in the face of adversity or uncertainty. After all, what has ever been certain about life in poor post-colonial communities?