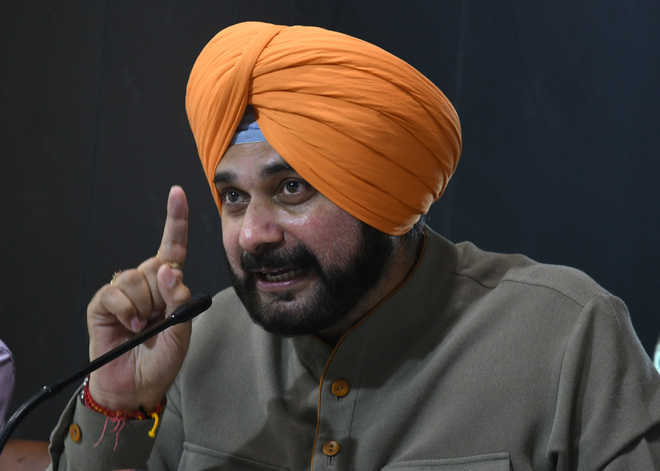 Congress president Sonia Gandhi is yet to decide on the nuances of Punjab Congress overhaul formulation and the matter would be cleared only after she took a final call, AICC General Secretary and Punjab affairs in-charge Harish Rawat said on Friday after a nearly hour-long meeting top party leadership had with MLA Navjot Singh Sidhu here.

While Sidhu left 10, Janpath, the residence of Sonia Gandhi without speaking to the media, Rawat after the meeting said he had submitted his report on Punjab to the party leadership, which is yet to decide the issue.

“I had come here to submit my report on Punjab to Congress chief and as soon as a decision is taken by Congress president, I will come and share with you,” Rawat said.

Asked whether a decision had been made to name Navjot Sidhu as Punjab state chief, Rawat reiterated what he said yesterday, “Who says this? Please read my statement very carefully and try and understand my words and their meaning.”

On Sidhu’s elevation as party chief Rawat had said yesterday, “A decision would be around those lines, nearer to those lines. Working presidents will also be appointed.”

Rawat today said till the time Congress chief revealed her mind on the issue even he would not know what her last call would be.

“The moment I learn of her decision I will tell you, ”he said to media adding,

“Media interprets news as it wants. The Congress normally does not controvert the media until absolutely essential,” Rawat said.

It is unclear as to what Sonia and Sidhu discussed today and whether Sidhu’s elevation was a forgone conclusion but sources said Chief Minister Amarinder Singh had expressed deep displeasure yesterday over reports of Sidhu’s elevation as state chief.

CM is opposed to this formulation.

Sonia Gandhi, meanwhile, is still deliberating a resolution of how to placate CM and Sidhu both and what the best truce formulation would be. The balancing act appears extremely complex.

“I was just here to submit my note to Congress president. Once we learn of Sonia Gandhi’s decision, I will tell you I promise,” Rawat said.

Rawat will travel to Chandigarh on Saturday to meet Capt Amarinder Singh.