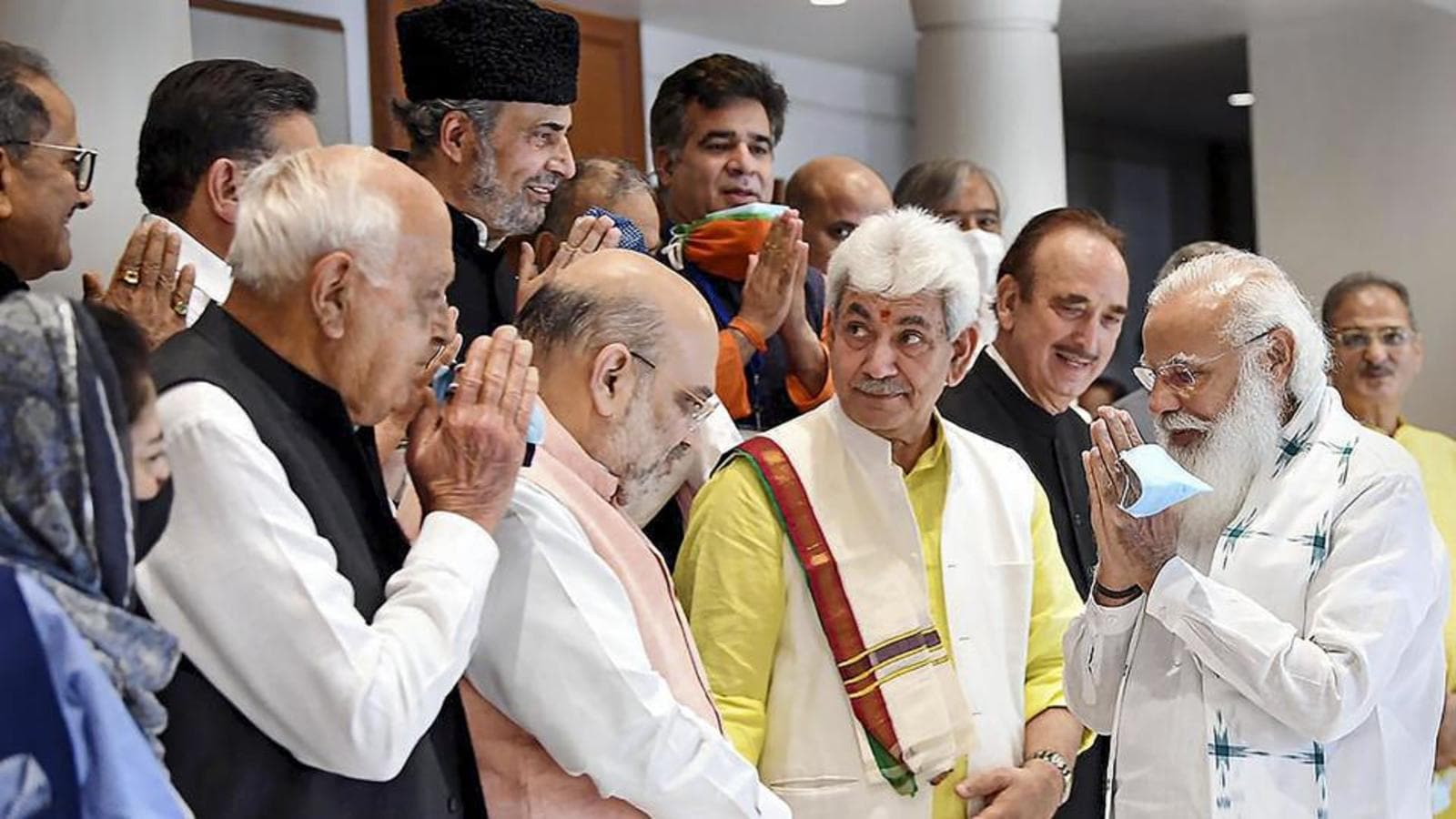 Prime Minister Narendra Modi on Thursday met political leaders from Jammu & Kashmir (J&K) for the first such engagement since the region was stripped of its semi-autonomous status and statehood on August 5, 2019. Here is what the leaders and their parties said after the meeting:

Former chief minister Farooq Abdullah-led National Conference (NC) demanded the restoration of statehood and said they told Modi that the decisions taken in August 2019 were not in the interest of the people and should be reversed.

NC leader Omar Abdullah said they sought the restoration of the J&K cadre of the all-India services, which was merged with the Arunachal, Goa, Mizoram, and Union Territories cadre. He added the Centre refused to discuss the restoration of special status claiming it was a “sub-judicial matter.” On delimitation, he said NC conveyed to Modi that it was not needed. “We told the Prime Minister that we do not stand with what was done on August 5, 2019. We are not ready to accept it. But we would not take the law into our hands. We will fight this in court,” he said.

People Democratic Party leader Mehbooba Mufti said she highlighted the issue of “ongoing persecution” of Kashmiris and also asked Modi to resume dialogue with Pakistan “to boost trade and maintain peace in Kashmir”. She added the atmosphere has become “suffocating” in Kashmir. Mufti said she also spoke against the culture of booking people under the Unlawful Activities (Prevention) Act. She added she told Modi the government illegally abrogated J&K’s special status and conveyed to him they would get it restored legally through courts.

J&K Congress unit chief Ghulam Ahmad Mir said Modi’s “body language” reflected there has been a backlash from the voters of the Bharatiya Janata Party over how the abrogation of the region’s special status was carried out.

Communist Party of India (Marxist) leader Mohammed Yousuf Tarigami said he told Modi it would have been wiser if this meeting was conducted before the nullification of Article 370. “We made it very clear Jammu & Kashmir is committed to remaining with India, but constitutional guarantees of Indian constitution should be given back.” Tarigami said there was “no assurance at all” regarding the fulfilment of the demands.

J&K Panthers Party chief Bhim Singh said he demanded full statehood and elections and that a delimitation process should be initiated only after an elected government is in place. Singh added he also complained about the absence of representatives from Ladakh.

People’s Conference leader Sajad Lone said there was a lot of “emotional bonding” between Modi and Kashmiri leaders and the meeting was held in a “cordial atmosphere.”

Apni Party leader Altaf Bukhari said he also requested protection of land and jobs, improvement in infrastructure, and employment. He added Modi said delimitation would take place and this would be followed by the assembly elections.