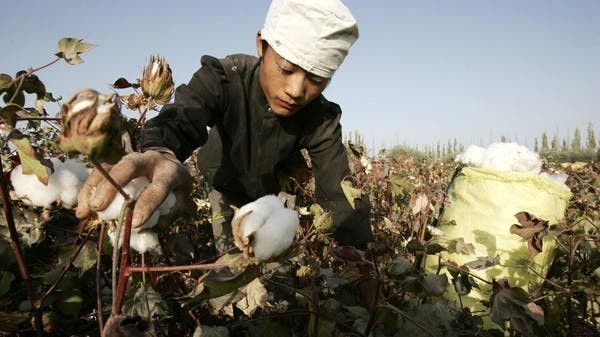 Taiwanese Legislative Speaker You Si-kun has said that boycotting cotton from the Chinese Uyghur region of Xinjiang is no longer just a political issue, but has become a human rights issue.
“Since China was seriously violating the human rights of the Uyghur people, it was certain that many consumers would no longer be able to accept products containing Xinjiang ‘blood’ cotton,” You wrote on his Facebook page.
“Protecting human rights is not enough, people should also point out the violators, as only when human rights are respected will there be peace,” he said.
Earlier, H&M and Nike (NKE) said they were concerned about allegations that forced labour has been used to produce cotton in Xinjiang.
Chinese media has called for Chinese boycotts of Swedish multinational retailer H&M, sports apparel powerhouses Nike and Adidas; New Balance; Burberry and other members of the Better Cotton Initiative (BCI) that have voiced concerns or pledged not to use supply chain components produced in Xinjiang.
H&M, the world’s second-largest clothing retailer, has been pulled from major e-commerce stores in China and blocked by several major navigation, review and rating apps.
On Friday, the Joe Biden administration said that US is keen to ensure that its companies adhere to US law and worker concerns and “don’t in any way support forced labour”.
Former US Secretary of State Mike Pompeo called the crackdown on Uyghurs as ‘genocide’. Beijing has been restricting information flow from the area to scrub evidence, leading countries to make determinations as best as they can.
Since 2017, a massive political ‘reeducation’ campaign against Uyghurs and other groups have been carried out by the government in Xinjiang, with scholars estimating over a million people detained in camps, some transferred to prison and others pressured to work in factories.